In 2014 I went to San Francisco and I joined the Alpha Game Jam, a jam organized by Microsoft.

My team and I developed a simple 2D tactical videogame, made in Unity. 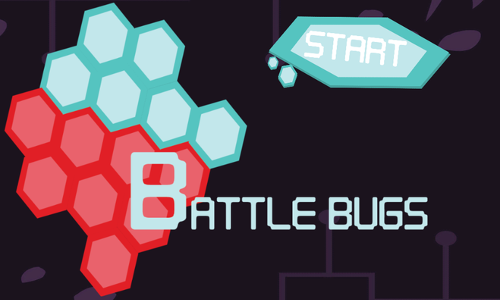 Here is the official description:

Insects battling for supremacy of the intergalactic HIVE MIND. Protect your own hive and take out the upstarts who dare rebel against your QUEEN.

Inspiration from: Nature, Formations, Ships, and Fart. To have a natural theme that can build to something epic and grand. Hence the idea of swarms and fleets.

Target users were gamers like us who just want to have some tactical fun.

Most proud of the fact that it looks awesome and is fully functional!

The team was formed by 8 people, but most of them had to work Saturday, so the development was pretty slow. Moreover, we weren't allowed to sleep at the location and I had to travel 60 miles back and forth from San Jose to San Francisco every day.

I worked hard setting up the network for making the game with the multiplayer feature, but the time was not enough so at the end we finished with just the single player option.

Despite the limited time of the team, at the end of the 48h, we placed 2nd.