In 2013 I attended the Indie Speed Run, an international Game Jam in which you join a team to create a video game in 48 hours. A Danger Dice decides the theme of the game and also an element that you must put into your game. 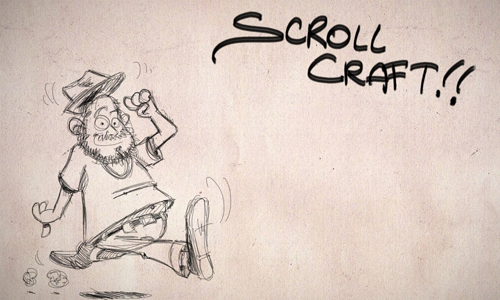 So we made Scrollcraft: a 2D runner game in which Nocth - our hero - is running away from a "scrolling scroll" jumping on word platforms and collecting power ups. We placed 4th in Rome in 2 categories: "Best Animation" and "Best 2D Graphics".

After the event we released the game for Windows Phone but if you want you can try Scrollcraft (warning: alpha-quality!) released as-is at the end of the 48h competition, after tons of Coke and junk-food.